Fine Art Printer magazine published an article about my work 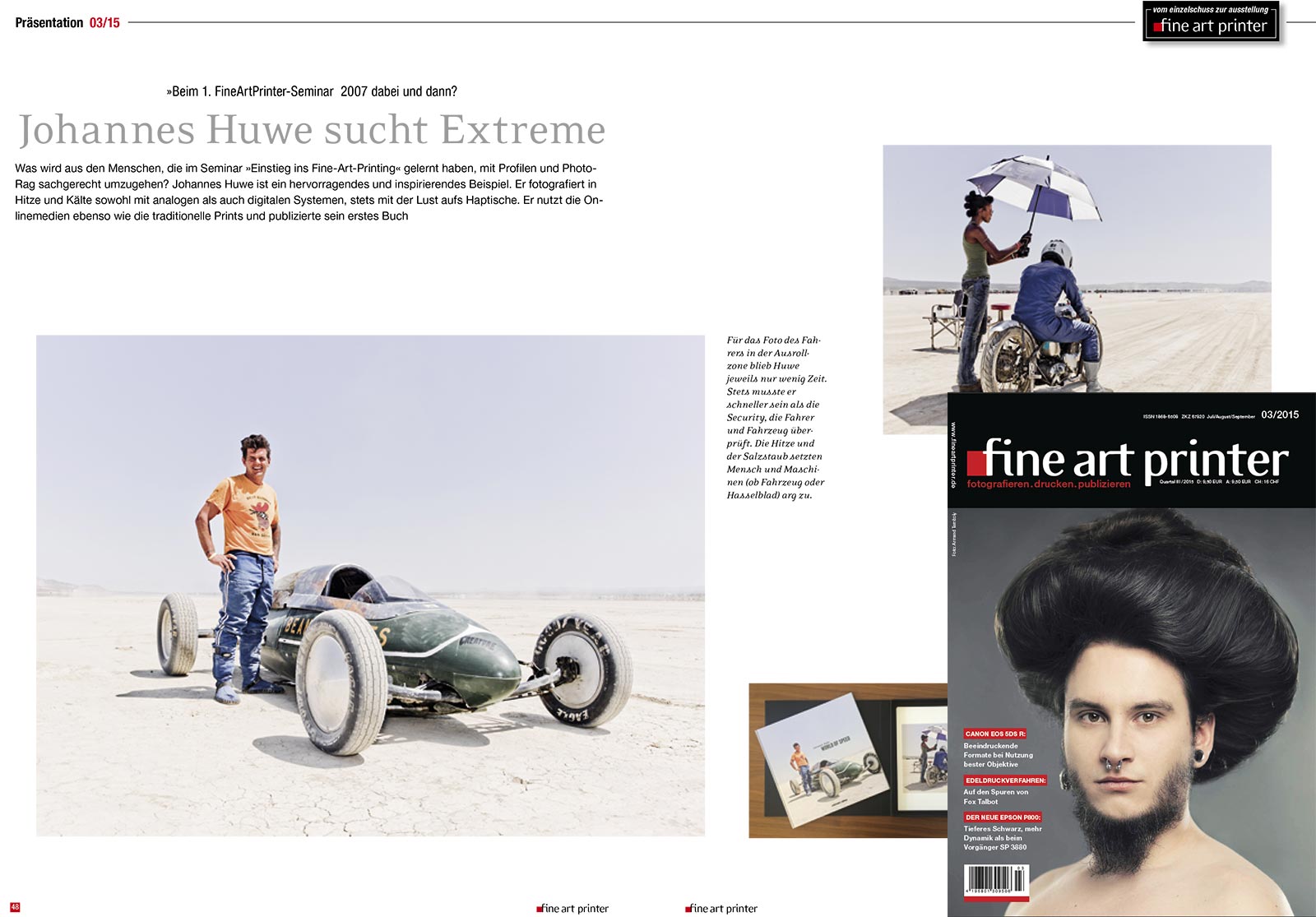 Here is a first extract from the Fine Art Printer Magazine:
Johannes Huwe is one outstanding and inspiring example. He shoots in every extreme, from hot to cold, with both analog and digital systems, and always looking for the haptic. Huwe uses online media as well as traditional prints and has just published his second book.
With his fashionable full beard, he’s got that hipster look going, although engineer Johannes Huwe is a fairly normal FineArtPrinter reader. He’s well-off, self-employed, in his mid-forties, with two children, fond of traveling, and loves touching his photos. And now a picture book with his “World of Speed” series has been published by Seltmann + Söhne.

In the Californian desert: digital. A dry salt lake, El Mirage, lies in the Mojave Desert in San Bernardino County, northeast of Los Angeles. This is the site of the high-speed races organized several times a year by the Southern California Timing Association (SCTA). “In speed racing, it’s all about going from zero to as fast as you can on a 4 km track with the speed measured in the final 300 meters and then coming to a stop within a marked roll-out area with the help of a parachute,” explains Patrick Lindner in the Welt.de World’s Luxury Guide.

And the photographer adds: “In addition to achieving a new personal best, another goal is membership in the 200 or even the 300 Mile Club.” Sounds like a real man’s thing, well worth the long journey. Which is clearly less problematic for the photographer with the digital Hasselblad in his bags than it is for the amateur racers with their revamped, not roadworthy machines. Everyone from experienced mechanics to millionaire speed freaks line up at the starting line on El Mirage Lake. “I was really touched,” says Johannes Huwe, “that they all stood as equals on that line.”

At 37°C (99°F) in the shade and 45°C (113°F) in the sun, it all comes down to the speed. The races take place on just two consecutive days, making a photo project quite complicated, even without factoring in that they could land up taking place in a rainstorm. As was the case before the May 2015 race, when the SCTA website said: “Lakebed is closed due to rain.”

From 2009 to 2014, Johannes Huwe captured the hunt for new speed records a total of seven times. Each time he got himself duly accredited as a photographer so he could have an all-access pass beyond the barriers. The heat and the salt dust were a real challenge to the photographer and his medium format equipment. The biggest problem, though, was the extremely tight timeframes in which he could get the shot. Huwe could only roughly estimate where each vehicle would come to a halt, because braking parachutes were being used to compensate for the sandy conditions on the track. Huwe had to get to the spot as quickly as he could with ordinary rental car.

Especially since the SCTA inspectors were always hot on his heels. Shots of the drivers emerging from the vehicle usually ended as security arrived and the drivers and cars were submitted to routine checks. It would have been much easier to photograph the larger race in Bonneville, Utah. The races there are spread over two weeks. But Huwe made the deliberate decision for El Mirage, because the atmosphere there is still somewhat improvisatory and definitely more personal and not so commercialized as with other racing events.

The Fine Art Printer magazine is a german magazine about fine art and fine art printing published from the Will Magazine Verlag. 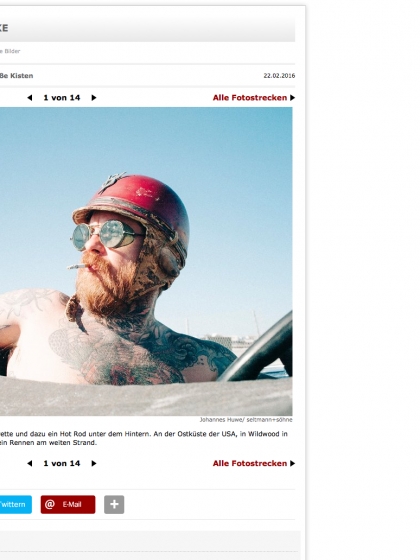 Wow – I can´t belive it! – My “The Race of Gentlemen” story was the most viewed article yesterday at SPIEGEL ONLINE (source: editional office SPIEGEL ONLINE) 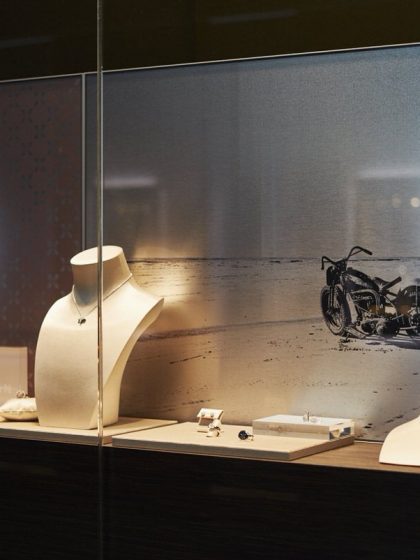 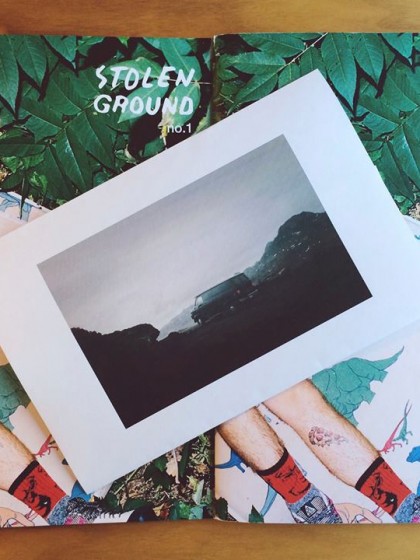 STOLEN GROUND ZINE – Cool stuff from Montréal, Canada! Featured me and 29 other photographers from around the world! Link: http://www.stolenground.com/ 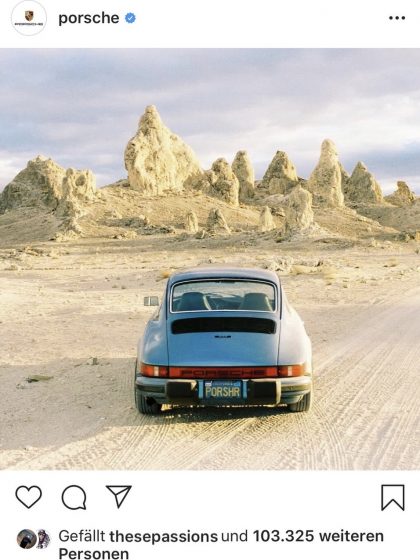 PORSCHE INTERNATIONAL posted Huwe´s photo “Never be afraid to explore the unkown” at Social Media / Instagram. This is the second publication of his pictures from PORSCHE within a few…

Johannes Huwe is a German photographer specilizied in automotive work with a focus still on analog photography.
His global clients include BURGER KING, PORSCHE, RED BULL,…