The expedition to the Antarctic began with several days spent traveling from Germany to Argentina’s southern-most city, which is also the southern-most city in the world: Ushuaia. The word “Ushuaia“ is taken from one of the indigenous languages and translates roughly as ”bay that faces east”. At latitude 54° 48‘ south, however, Ushuaia lies further from the South Pole than Moscow, at 55° 44‘ north latitude, is from the North Pole. It certainly feels like we’re near the very end of the earth. 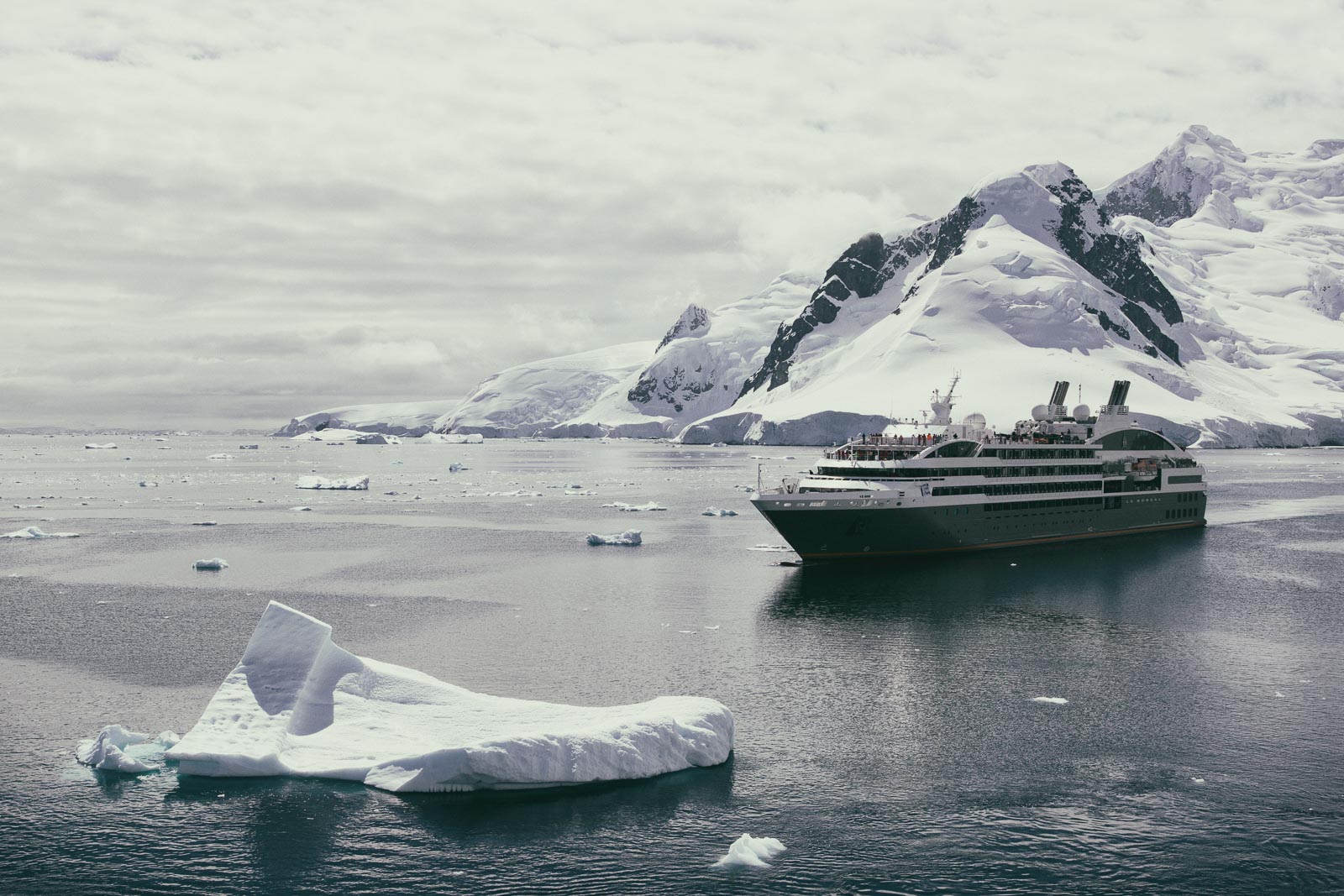 It’s a great surprise to learn that the expedition ship, the L´Austral, with the French Ponant line, serves during summer months as a cruise ship in the Mediterranean – which explained the pool at the rear of the ship, something that initially seemed so utterly out of place in the arctic climate. The fact that the ship was not built for extreme arctic conditions soon became abundantly clear to us. It worked to my advantage, though, since I was assigned to a suite, despite haing only booked a basic cabin. The door connecting the two cabins wouldn’t close and that’s how I ended up in a double cabin, or, rather, suite.

The first leg of our journey to the Antarctic brought us to South Georgia Island, part of a chain of islands far to the east of the tip of Argentina. South Georgia is 160 km in length and is known for its flora and fauna, in particular its incredible wildlife. 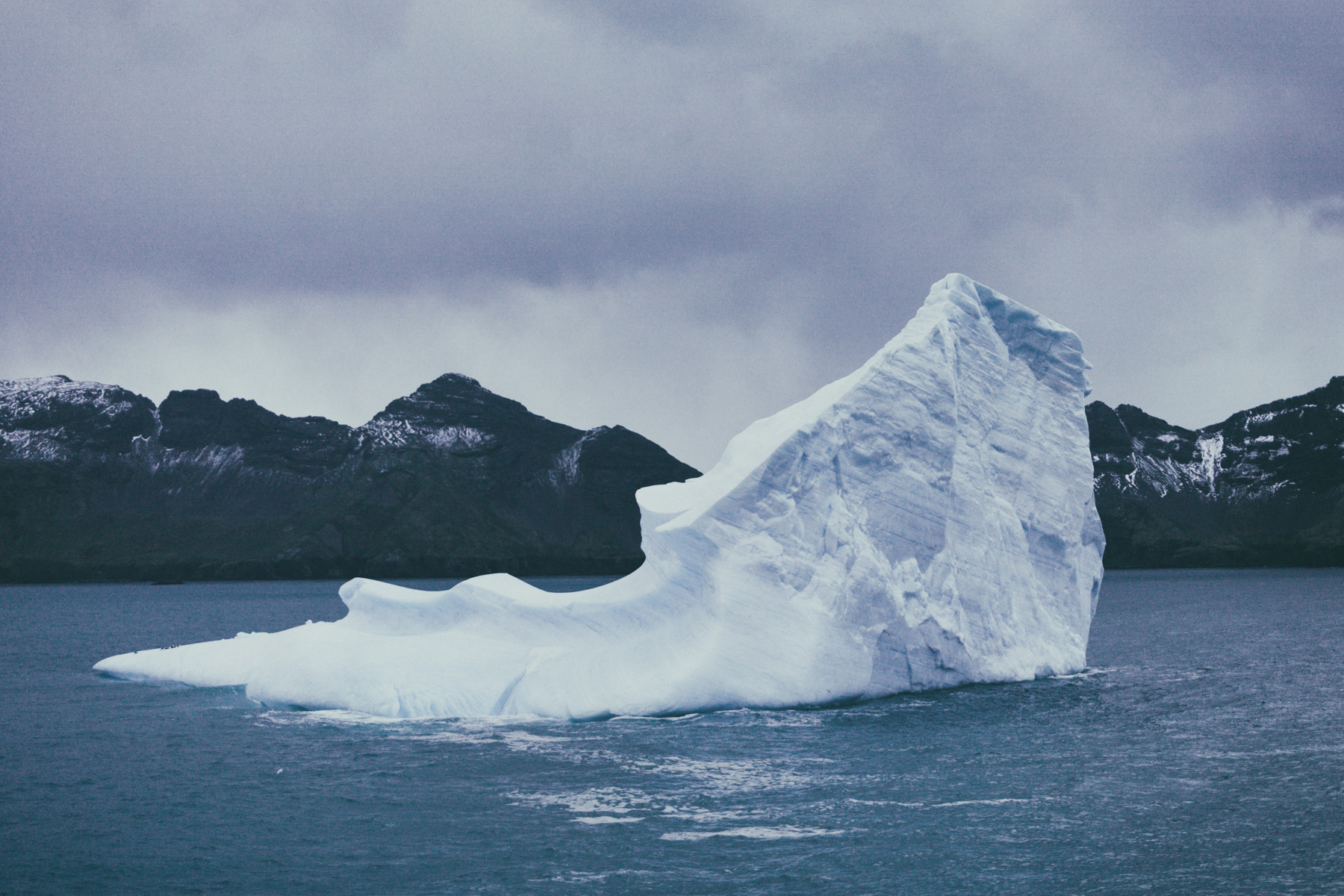 Along with see leopards, seals and sea elephants, there’s a colony of over 400,000 king penguins at St. Andrew´s Bay.
During the approach in the Zodiac we soon caught wind of the foul odor coming from the king penguins. But what truly amazed me was how easily they were able to find their way around the enormous bay. 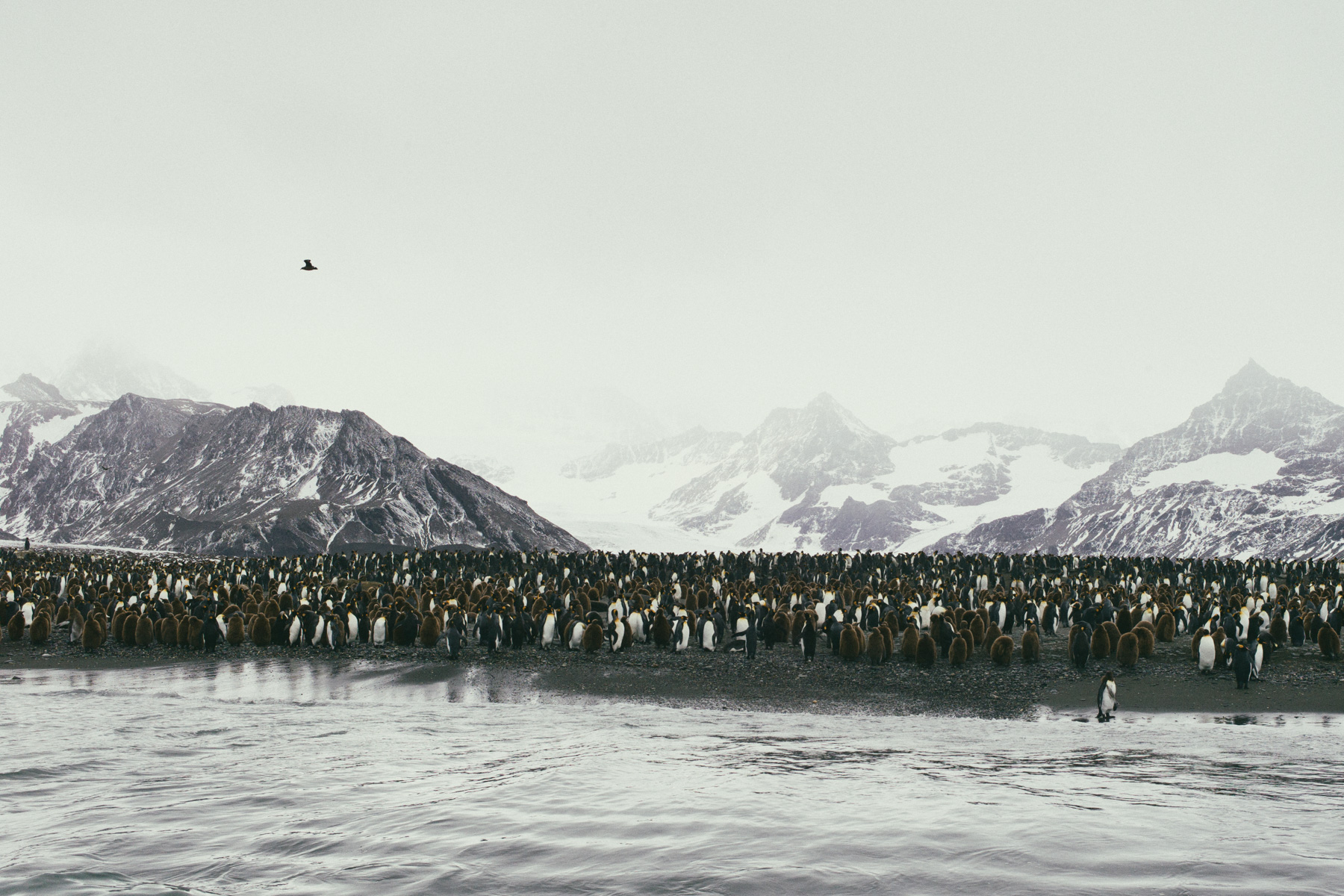 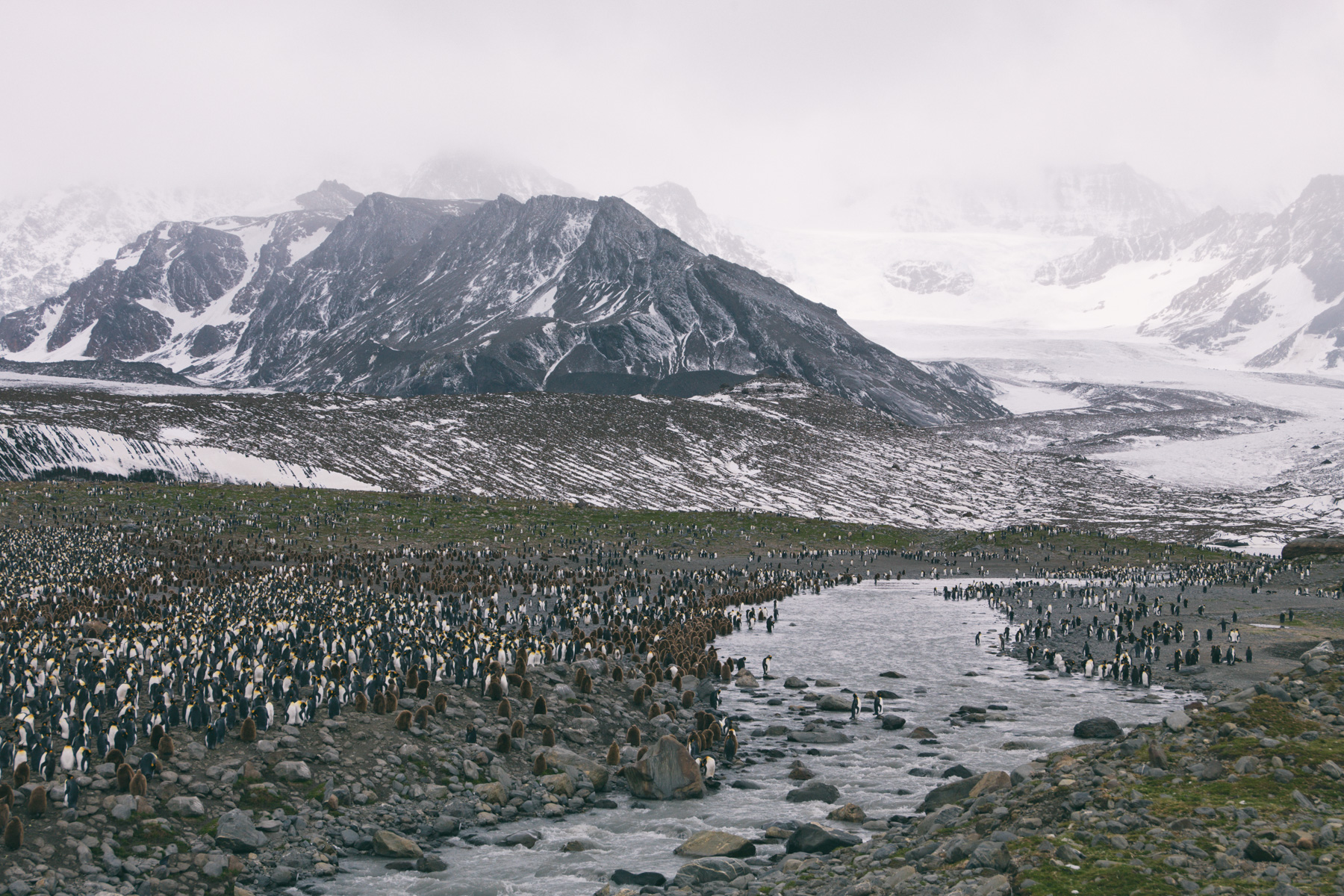 A rather strenuous hike through the mountains of South Georgia was on our schedule the following day. Fierce winds whipped at us as we made our way along the historic Shackleton Hike from Fortuna Bay to Stromness Harbour.

The British polar explorer, Sir Ernest Shackleton, reached South Georgia at the end of the dramatically unsuccessful Endurance expedition. His ship, the Endurance, was crushed by pack ice and his crew rescued themselves by crossing the ice to reach Elephant Island. Six of his men sailed around the South Georgia coast in a lifeboat. Shackleton traversed the glacier on foot, arriving in Stromness on May 20, 1916. 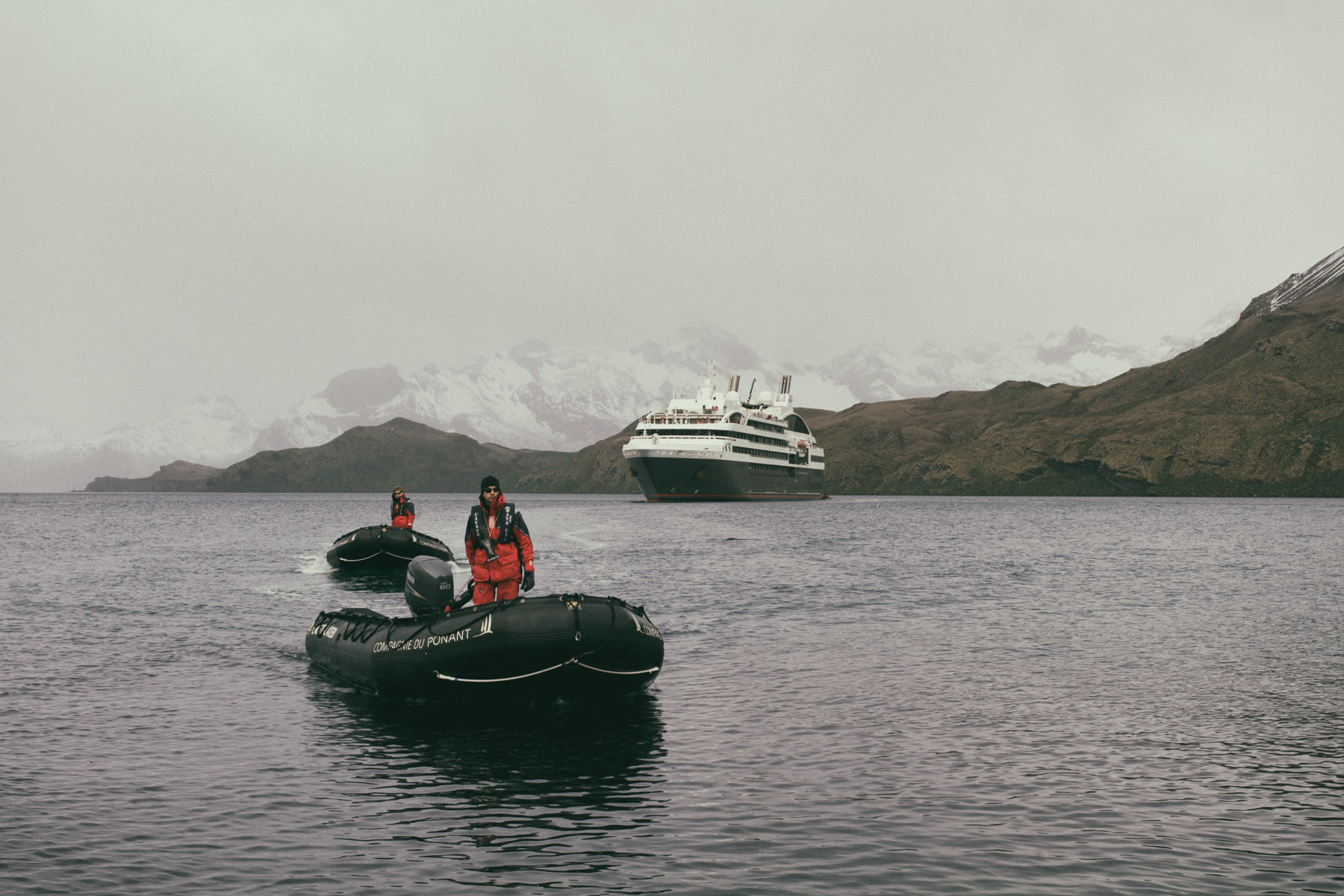 Icebergs – The Journey to the Antarctic

Following our initial days spent off South Georgia, the ship next set course for the Antarctic. Two days sailing through the infamous Drake Passage lie before us before we arrive at the Antarctic peninsula. Icebergs point the way, signaling that we don’t have much farther to go. 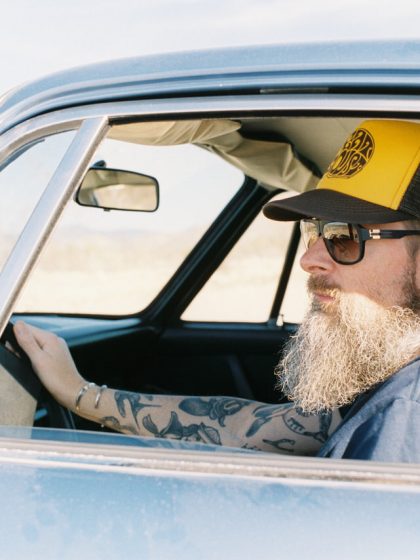 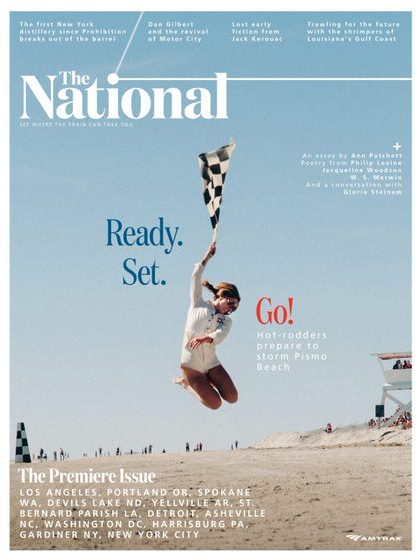 Amtrak American´s Railroad launched its first national on-board magazine Amtrak The National with pictures from my “The Race of Gentlemen” photostory. 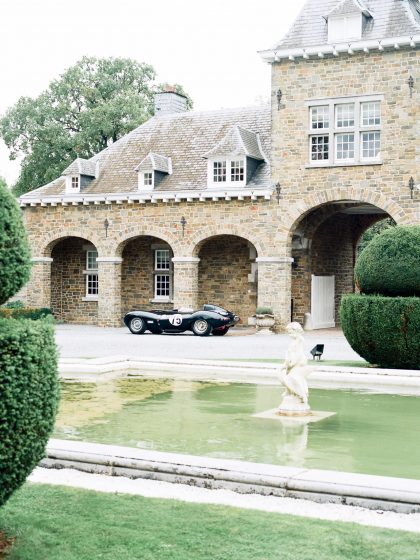 Photo shoot for Cool4racing in Belgium. What a dream photo object with great location was this time a Jaguar D-Type with FIA papers. Ready to race! 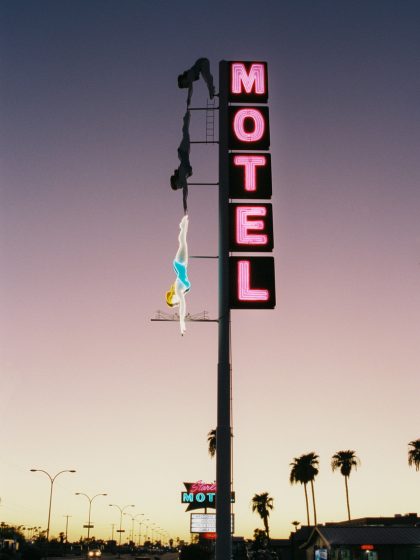 Johannes Huwe is a German photographer specilizied in automotive work with a focus still on analog photography.
His global clients include BURGER KING, PORSCHE, RED BULL,…